Secretary of the Navy Ray Mabus is expected to name the 14th Lewis and Clark class dry cargo ship the USNS Cesar Chavez, the California union organizer who died in 1993. The Lewis and Clark class of ships prior to the Obama administration had been named for famous explorers (Lewis and Clark, Sacagawea, Alan Sheppard, Amelia Earhart), naval heroes (Robert E Peary, Carl Brashear). The current administration has moved to civil rights leaders (Medgar Evers) and now a union leader. Needless to say this has caused some controversy, with Rep Duncan Hunter (R-CA) stating “Naming a ship after Cesar Chavez goes right along with other recent decisions by the Navy that appears to be more about making a political statement than upholding the Navy’s history and tradition”. 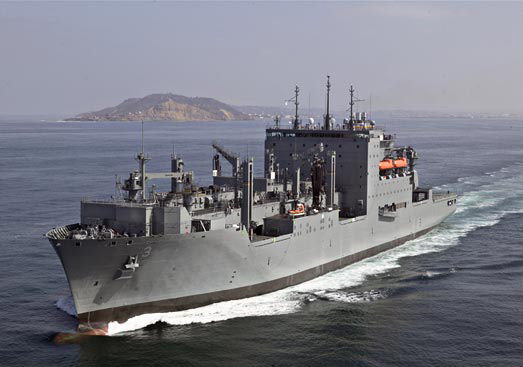 There is no question Medgar Evans was a patriot and contributed to his country by his action in the civil rights movement. Ceasar Chavez was controversial throughout his life but dedicated that life to the workers he represented. However, the question is should the Navy be naming ships for these individuals, or should such honors be reserved for military and national heroes. There are dozens of Medal of Honor recipients who have earned the highest honor the country can bestow upon a member of the armed services who have never received such recognition. More concerning is the trend of this administration to see the military as a place for social engineering rather than the sharp end of American foreign policy.

Let me be clear, I would have no issue naming the Department of Labor building after a union leader, a national park after a civil rights legend. But the vessels which carry young men and women into harm’s way should recognize those who have shown courage in the line of duty. I would hope Secretary Mabus would give thought to recognizing those who have died in service to their country before heroes of other parts of our society, who should be honored in ways consistent with how they lived their lives.

2 thoughts on “The USNS Cesar Chavez”