As a child of the Apollo era, I grew up in the shadow of the greatest achievement in the history of man; everything was possible if we only had the will. The legacy of those years has largely been one of unfulfilled promise but every once in a while you just have a wow moment. Today as we see the first images from NASA’s New Horizons probe’s closest approach to our smallest planet Pluto one needs to take time to just sit back and say WOW. Yes, I know Pluto was downgraded from planet status to exoplanet, but I am proudly old school and feel Pluto got a bum deal! What we have seen is another example of the amazing ability of the NASA team to pull out as almost magical look at our solar system. The JPL team has been doing this on such a regular basis for more than 40 years that some can become jaded by the flow of dazzling images. In the age of photo-shop we see art like this all the time but folks, this is real.

What makes New Horizon so special is the the distances involved; launched in January 19, 2006 and having passed earths moon and Jupiter on its way will have traveled more than 3 BILLION miles. We also need to remember that this spacecraft is one of the smallest ever launched into deep space and it hit its destination with pin point accuracy with limited course correction ability. This is just amazing.

This is also a reminder that despite all the political redirection and new administration melding (by both parties) and failure of vision with respect to NASA and national space policy, great things can come from great minds. When the American people set their collective minds to achieving big things, they can make them happen. So congrats to the NASA/JPL/JHUAPL team that made the last unseen planet (or exoplanet if you prefer) viable for all of the arm chair space geeks to enjoy. You have shown us THE DREAM IS ALIVE. 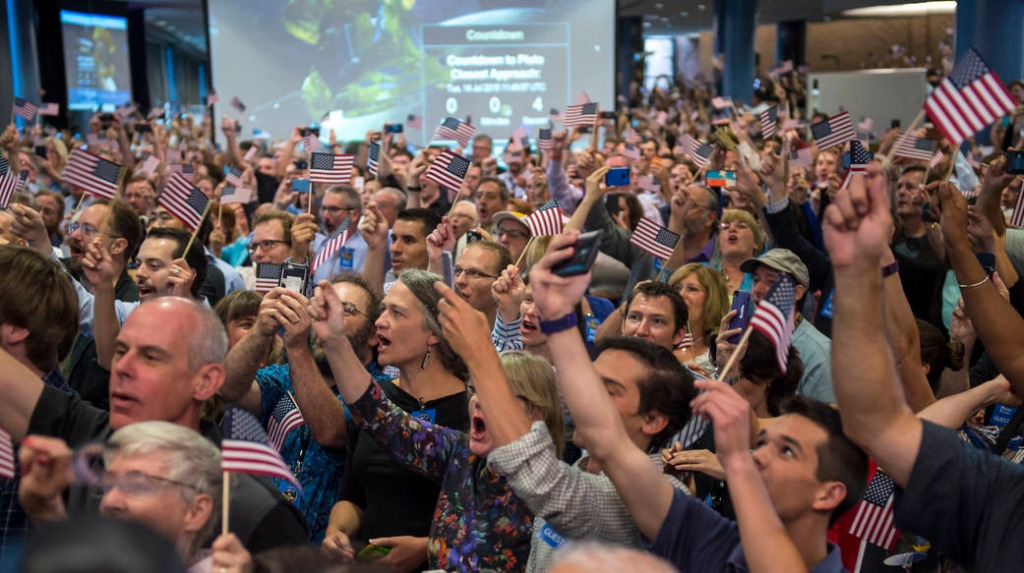 For More Information, Check These Out: