The 111st Congress is finally history, having adjourned for the holidays and to be replaced by the 112th Congress on January 3rd of the New Year. Some of us felt that the 111th was done  after the voters delivered their verdict on its record with one of the largest electoral defeats in the last century. Instead the so called Lame Duck proved it still had some mojo. But the Republicans would of course stop this rush to legislative success by running the clock out until the new congress could consider these measures in light of the people’s will as expressed at the polls. Yet it seems that the GOP rather than be emboldened by its electoral success, seemed to have put on it’s “let’s play ball” hat and worked with the defeated Democrats to pull out a number of controversial victories. 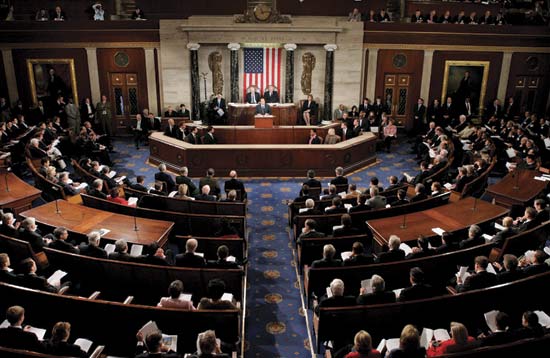 First we had the extension of the Bush Era Tax Cuts, an extension most republicans and a significant number of Democrats favored. Raising taxes (yes it would have been the second largest tax increase in American history, after the largest being the Obama Health Care Bill) during a period of weak economic growth and a potential double dip recession would have been idiotic. The American people expressed their view on this on November 2. President Obama showed little resolve for a fight and even his own economic team signaled he would support an extension rather than see the rates increase. Yet with victory at hand, Republican leaders left the White House with a deal that gave the president more questionable tax cuts that he desired than the total effect of extending the Bush tax cuts with not offsetting spending cuts. This is made worse when one of those cuts was a reduction of the payroll tax by 2 points for two year despite the fact the Social Security System is headed for bankruptcy within 20 years. On top of that they GOP accepted just a 2 year extension which means they now expire Jan 1 2013, before the next President and congress can take over and make these rates permanent. The real benefit of rate reductions is that investors can make additional investments with the certainty of a certain tax rate. Here any sane investor must assume rates will go up January 1, 2013 so the effects of the extension are significantly decreased. My faith that the GOP got the message of November 2 was seriously shaken.

Then we move onto the “its liberal Christmas before Christmas” (and I did not think liberals believed in Christmas!) flood of legislation. As a Real Conservative with a strong Libertarian streak, I may well have supported the repeal of Don’t Ask don’t Tell which was on its face an idiotic rule, as most Republicans argued in 1993 when it was adopted (either ban Gays or allow them, but DADT was stick your head in the sand and ignore it). However, such a measure was of no time sensitive priority and should have been considered by the newly elected congress, not one repudiated by the voters. The START II treaty had been floating around Washington for months and in no way could not have waited until the 112th convened in the New Year. Thank God the GOP and a number of Democratic Senators who are feeling the voters’ anger growing as 2012 approaches prevented the so called DREAM Act from proceeding and thus creating a massive immigration amnesty. It seems the GOP leadership was so busy celebrating their victory and trying to convince the liberal media that they were in fact bipartisan legislators who could work with the Leftists in congress. They forget the voters rewarded the “Party of No” with a massive victory. Sometimes NO is just the right thing to say, at least if you’re not a liberal.

The liberal media has declared the President has his Mojo back, and to be honest I don’t care how they spin it. I do hope that over the Christmas and New Year’s holidays the GOP leaders find a back bone under the tree.  I have been a solid defender of conservatives uniting under the Republican Party and will continue to argue that that is the only way the right can avoid handing power to the Left. However the GOP leaders had better understand that many of their supporters have no such commitment and are ready to bolt if they sense the GOP has forgotten its conservative roots and commitments. Maybe they will eat a little Glazed Duck for Christmas Dinner.