Today, the Federal Communications Commission approved new rules on “network neutrality” along a straight party line vote. What in the world can be wrong with net neutrality, the requirement that all content on the internet be treated equally and none should be given preference? Doesn’t this sound like sound action in the best interest of the people on behalf of their government? Well not so fast. First let’s look at why the FCC took this action, which the congress has conspicuously not acted upon despite much debate, and what might happen if this regulation is allowed to stand. 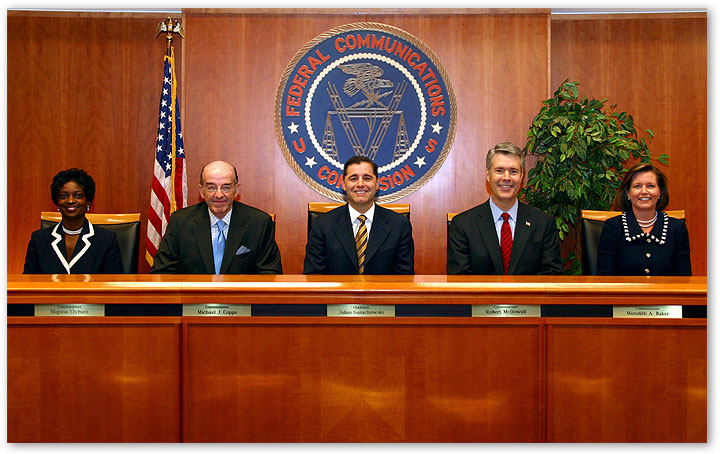 By this regulation the FCC had given itself the power to take action against any traditional Internet Service Provider (“ISP”) in the event they provide any advantage to any specific content over another, or in extreme cases blocking certain content provided by competing creators. WOW, is this kind of manipulation actually going on? Well, to date there are not many instances of this type of tearing of content. The reality is consumers are offered many competing providers of internet services and means of connecting. Competitive pressures have effectively prevented ISP’s from denying content to their subscribers. If your ISP was blocking content you desired, wouldn’t you just dump them and access the internet through another means?  So why the need for FCC action?

The FCC has to date failed to define for itself a role in regulating the internet. Now for any bureaucracy, failing to be central to life within its realm is unthinkable. This is made whole orders of magnitude worse when the area of human activity is the fastest growing element of modern society. Thus, the FCC has found its role. In doing so we may also have seen the future of the Obama Administration at work. For the past 2 years since he was inaugurated on January 20th 2009, the Obama administration has been frustrated in its ability to force through policies and regulations it has sought by its inability to get congressional action despite its party controlling both houses of congress by historically high margins. The results of the November Congressional elections provide little hope for the Administration to achieve its goals through legislative actions, so we have seen calls for the Administration to act by executive authority. It seems funny how such actions were decried by the left during the final years of the Bush Administration, but are now seen as virtuous and efficient means to an end. With this ruling we have seen a major intrusion of government into the private sector without any legislative authorization or authority. We should expect to see this modus operandi across the executive branch over the next couple years as the first term of the Obama Administration continues.

Still, why is this important to anyone and why should you care? Is the concept of Net Neutrality not a good one? Here is where unintended consequences take hold. Allowing the government to regulate the way in which ISP’s administer the flow of traffic on their systems will created a significant uncertainty to new investment. Creating the infrastructure which has enabled the explosion we have seen in internet use and penetration into our daily lives has not been without significant cost. Even if accessing the internet is for the most part free, operating it is not. By defining the relationship between users and suppliers, the FCC has created a significant potential deterrent to future investment in infrastructure expansion. Thus competition may well be reduced and development slowed. But of course the FCC has considered this, haven’t they? History has shown us government rarely has the vision or insight as to the future of any sector of our economy, let alone the internet to trust the future of the internet to this unelected administrative body.

In the end this is simply a government body forcing a solution to a problem which did not exist and in doing so inserting itself squarely in the middle of the one part of our economy which appears to be doing just fine thank you. It seems the message the internet community from the FCC is “we are from the Federal Government and we are here to help”. Somehow I am not reassured.